The Wrecking of the SS Grindon Hall in Sidmouth 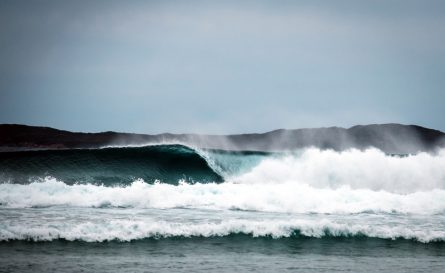 There’s something special about being close to the sea. Gazing out to the horizon: it calms the soul and energises the body. But, there are dangers lurking. In Winter, when storms whip up the waves, it can bring stories of shipwrecks and bravery.

The Wrecking of the SS Grindon Hall in Sidmouth

One such story is that of the SS Grindon Hall.  It was a stormy October night in 1916. Thunder and lightning rocked Sidmouth as waves leapt over the Esplanade. The following morning brought no reprieve as the winds blew stronger and the waves crashed higher. A hurricane was heading towards Lyme Bay. As the storm continued, those living on the Esplanade braced themselves for worse to come.

Out to sea, a ship, the SS Grindon Hall was heading to Cardiff having started her journey in France. She didn’t stand a chance. Around 3am, on Sunday morning, the alarm was raised as the ship’s lights were spotted from shore. Four hours later, the Captain fired a distress flare. Without a lifeboat in Sidmouth, those on land were helpless to assist the ship, which, eventually ran ashore on the beach east of Alma Bridge.

With the waves crashing over the rocks and the sailors stranded, but still alive on a tiny strip of sand, the Sidmouthians leapt into action. The local bank manager, Mr Bonner, tied a rope around his waist and crossed the raging river to reach the sailors. Miraculously, everyone was rescued that night and all 27 crew survived. Of the 20 men involved in the rescue, nearly everyone has descendants still living in Sidmouth including the owners of the Royal York & Faulkner Hotel.

The people of Sidmouth looked after the sailors and SS Grindon Hall was pulled off the rocks, with very little damage. The Captain, WM Brewis, wrote to the town to thank them for their bravery and kindness.

An amazing story, with, thankfully, a happy ending.