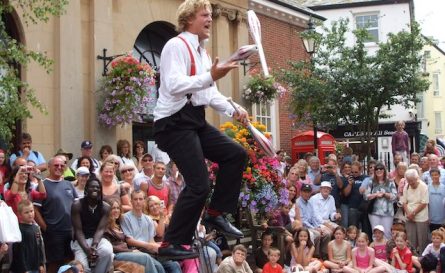 There are so many summer festivals in Devon that if you’re looking for entertainment away from the beach, there are lots to choose from.

Whether your interest is music, food, drink, crafts, or art, there’s a festival to suit you. Here’s a selection of festivals taking place in Devon this summer:

A week of classical music including free lunchtime concerts as well as ticketed evening performances.

Two days of music and cider at Exmouth Pavilion on the seafront. A variety of musical acts will perform – from soul and Motown classics to rock hits. Entry is free.

A festival of street food in the town centre featuring locally produced dishes and world cuisine. There is also live music and entertainment.

Billed as the ‘best one-day agricultural show in the West’, The Mid Devon Show offers a fun day out, which includes farm demonstrations, arts, rural crafts, food and drink, and musical entertainment.

A week-long seaside celebration of music, dance and song right on the doorstep of the Royal York & Faulkner Hotel.

Barbecue demonstrations, a chilli cook-off competition, food for less spicy palates and excellent beers and ciders to cool the mouth down afterwards.

If you’re tempted by a summer festival in Devon and are looking for a place to stay, why not join us at the Royal York & Faulkner Hotel? You can check availability here, or please give us a call on 0800 220714.