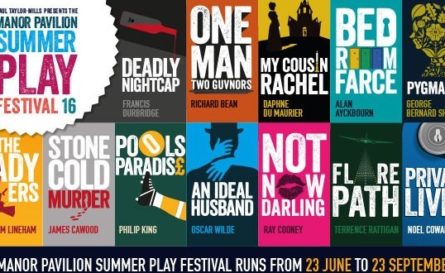 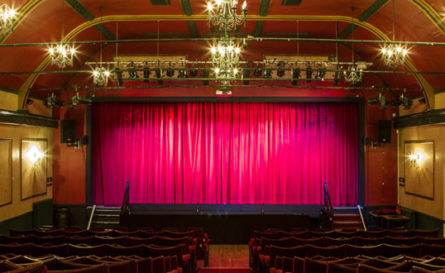 If you enjoy theatre then you’re in for a real treat this summer.

During the summer months Sidmouth is privileged to play host to the last standing weekly professional summer repertory season in the UK. For three months across the summer the Manor Pavilion theatre in Sidmouth presents an epic 12 plays in 12 weeks.

If you’re staying in Sidmouth this summer we highly recommend you put the theatre on your ‘to do’ list. You’ll be amazed at the cast, sets and production standards, which you don’t normally find outside of London.

At the helm again this year is award-winning West End producer Paul Taylor-Mills. He’s back again for his fourth summer season.

The three-month run of productions will feature works from iconic playwrights including Coward, Wilde and Ayckbourn.

The tight schedule means that the 30-member cast have to act out one play in the evening and then spend the following day rehearsing and learning lines for the next play! As each play finishes, it’s all hands on deck as cast, crew, director and producer arrange the change over for the next production, which opens the following night.